ABC’s ‘The Wonder Years’: A Look Back At It’s Inspiring First Season

During its inaugural season, ABC’s The Wonder Years explored topics such as human rights, relationships, the growing pains of adolescence, and so much more. Most importantly, the show highlighted the Black family, and the beauty of life’s lessons.

Narrated by the critically acclaimed actor and filmmaker Don Cheadle as Dean Williams, The Wonder Years stars Elisha “EJ’ Williams as young Dean, Dulé Hill, Saycon Sengbloh, Laura Kariuki, Amari O’Neil, Julian Lerner, Milan Ray, Spence Moore II, and Allen Maldonado. The series follows Dean’s life growing up in Montgomery, Alabama during the tumultuous 1960s. Similar to the original show of the same name, the elder Dean takes a look back at his experiences as a youth with a more mature analysis.

THE WONDER YEARS – Bills New Gig Bill is excited to have made tenure at the university, only to find that his focus on career and family has cost him his spot in his band. Lillian encourages Bill to write and perform solo, especially as an attractive young jazz singer approaches Bill to collaborate. Meanwhile, Bruce adjusts to living at home on a new episode of The Wonder Years, airing WEDNESDAY, APRIL 20 (8:30-9:00 p.m. EDT), on ABC. (Matt Miller/ABC via Getty Images)
DULÉ HILL, SAYCON SENGBLOH

Life in the 1960s was a complicated time in U.S. history. The primary focus of the season of The Wonder Years was to properly tell the story of that experience from the Black perspective.

“When it came to stories during the Civil Rights Movement, it was always about the struggle, which is a part of our story and is a very important part of our story,” showrunner Saladin K. Patterson said in an interview with The Hollywood Reporter. “…we had really not seen the story from the perspective of the middle-class Black families during that time. And The Wonder Years represented that as a brand.”

Earlier this month, the show was renewed for a second season due to viewership numbers and a favorable public response. In light of the recent news regarding executive producer and director Fred Savage, many people are still looking for what the next season of The Wonder Years has in store.

Ahead of its upcoming finale tonight, let’s take a look at some of the important issues addressed during the first season of ABC’s The Wonder Years.

The series debut focuses on the social climate of the U.S. during the 1960s. Dean organizes the first integrated baseball in his community, and he and his family deal with the assassination of Dr. Martin Luther King Jr. in 1968. 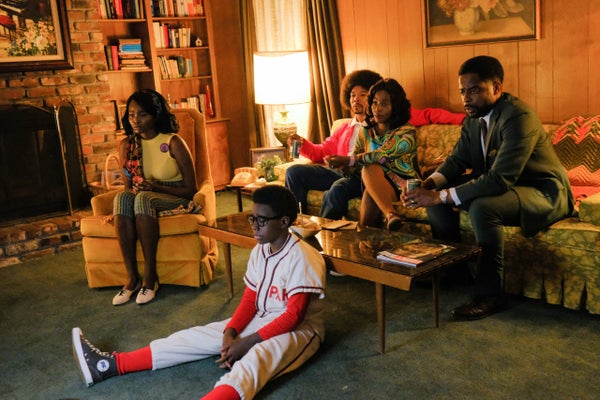 Spence Moore II played Bruce Williams – Dean’s older brother and Vietnam veteran. In his appearances in the show this season, Bruce faced many of the struggles that plagued soldiers attempting to transition back into the civilian lifestyle after coming back home from war. The Wonder Years chronicled Bruce’s experiences with PTSD, difficulty finding employment, and the negative perception of the U.S. military’s participation in Vietnam. 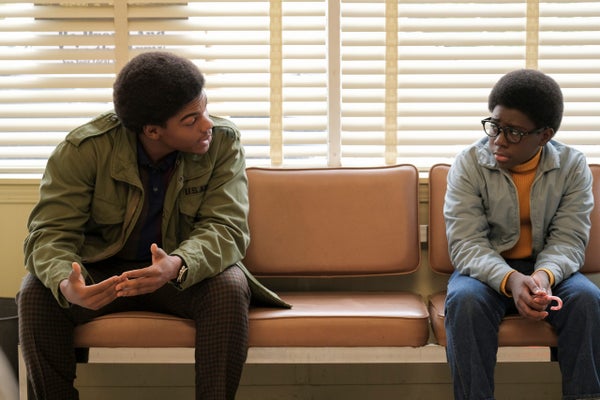 One of the more special aspects of The Wonder Years was the relationship between Dean and his father, Bill Williams. Bill was a musician, and extremely involved in his son’s life. It was important that the show highlighted these positive visuals of Black fatherhood, especially during this time in history. 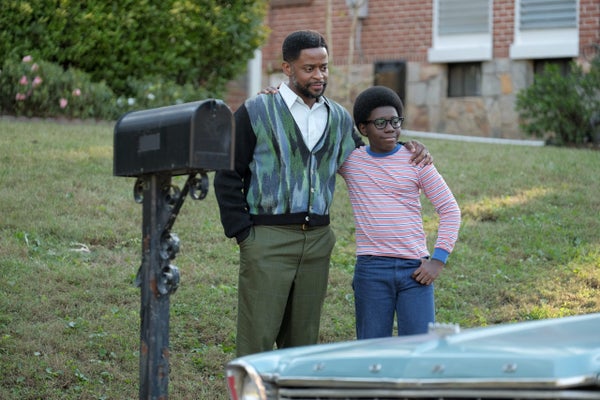 The series also examined the trials and tribulations of growing up, including being “cool,” bullying, friendship, and manhood. Hearing an older Dean narrate his life from an older point of view gives the ironic perspective that we all have as adults and being able to laugh at the many mistakes that we make as youths. 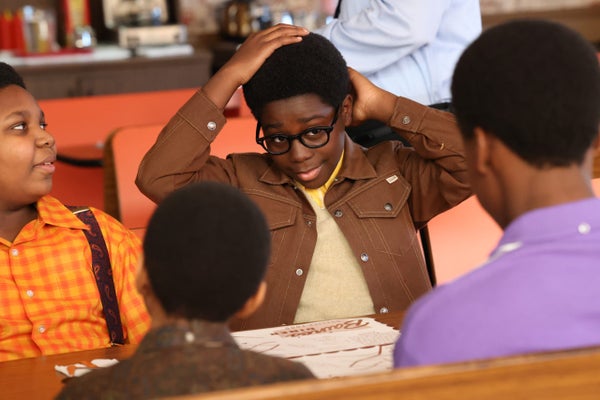 Women of Color in the Workplace

In episode 4 titled “The Workplace,” Dean goes to work with his mother Lillian Willams (Sengbloh), as sees how hard she works, thus gaining a higher level of respect for her. The episode explores themes of equality due to Lillian’s gender and race, even though she holds a master’s degree and is a critical component of her company. 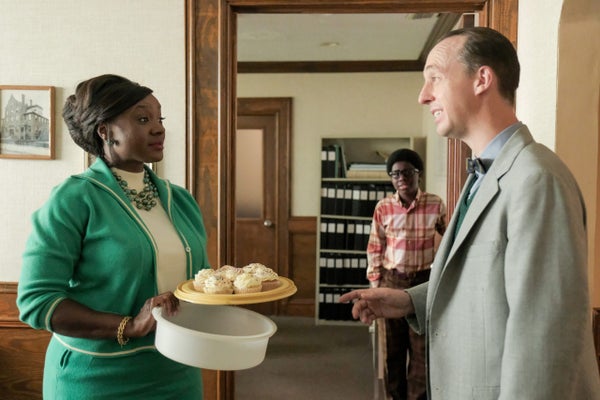 The Struggles of Parenthood and Marriage

Bill (Hill) and Lillian (Sengbloh) have a beautiful and passionate relationship. They are also very hands on in the lives of their children – Dean, Bruce, and Kim. Throughout the season, the series shows the many difficulties involved with parenthood, marriage, and the family dynamic. 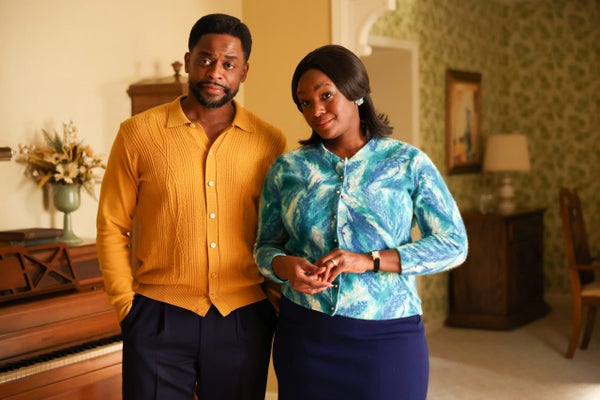 Love and heartbreak are all a part of growing up. Dean experiences these feelings throughout the season in his interaction with his friend and love interest Keisa Clemmons, played by Milan Ray. 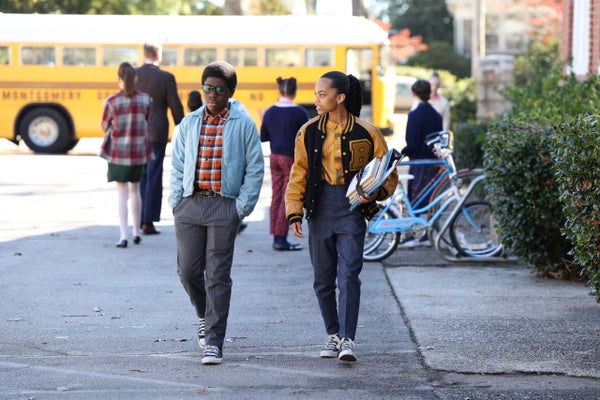 One of the central themes in The Wonder Years is one’s sense of belonging. Several of its main characters struggle with this at one point or another during the season, including Dean with his friends, Bill alienation with his band, Bruce’s difficulty after coming home, Lillian in the workplace, and more. 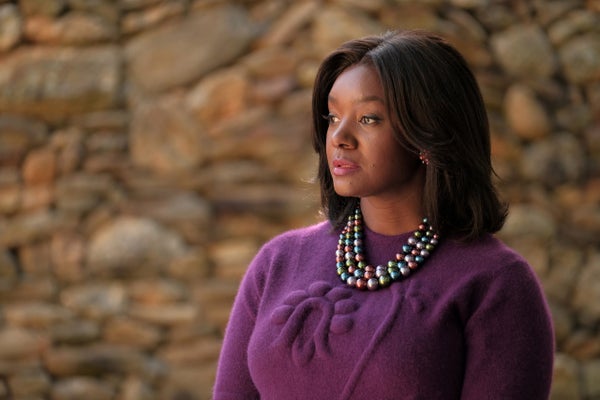 In an episode called “Black Teacher,” the show shed light on how important it is to have people that look like you in positions of prominence. Also, the influence of all the men in Dean’s life during season 1 pushed him towards success as a man. 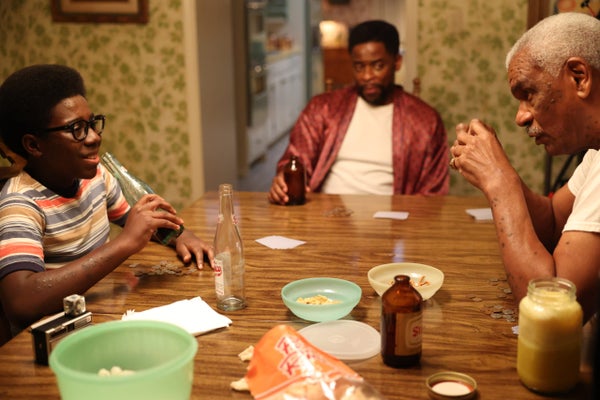 Building Their Destiny: These Black Women Are Charting A Path In Design And Architecture

‘We Meet People Where They Are’: Meet The 26-Year-old Leading An Inclusive Accelerator Redefining Entrepreneurship

13 Holiday Gifts That Say, “I Know We Just Started Seeing Each Other, But This Feels Promising”

13 Holiday Gifts That Say, “I Know We Just Started Seeing Each Other, But This Feels Promising”

I’m in My Soft Girl Era. Here Are 5 Ways I Achieve The Look & Lifestyle