Fathers bring something unique to children’s lives and the role they play is important. It could be the way they carry their little ones on their shoulders, protect them from harm, or play sports on the field with them.

With Father’s Day loading, it’s a good time to highlight existing fathers and dads to be. They fill shoes that are difficult for others to fill, hence the need to give them their flowers while they’re here. Some well-known Black male celebrities have shared pregnancy announcements and the birth of new babies in 2022. Some of these celeb dads include the likes of Romeo Miller, rapper G Herbo, and A$AP Rocky. Here are a few reminders of the kids they’ve ushered into the world this year or that a few are expecting before the end of 2022.

Rapper and actor Percy Romeo Miller (who is also legendary rapper Master P’s son) joined the #girldad gang in February of this year. He welcomed his first child and daughter with his girlfriend Drew Sangster. 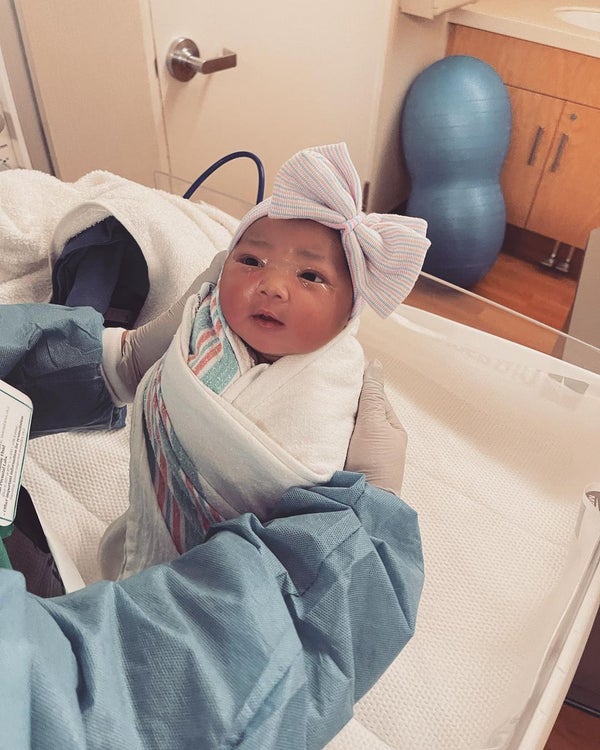 Travis Scott is a second-time daddy. The rapper and Kylie Jenner welcomed Wolf Webster into the world on February 2. He joins Stormi, now a big girl at 4 years old, so she’s truly taking on the big sister role. 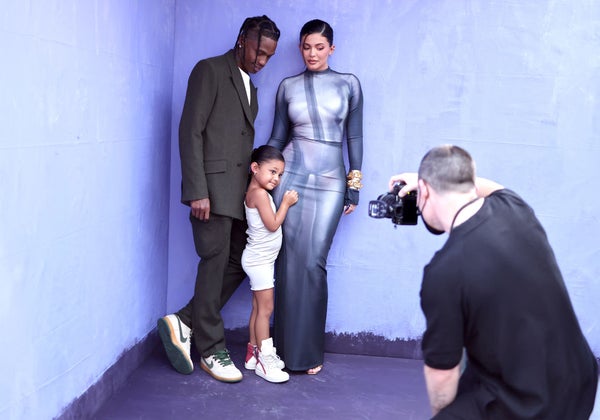 The ‘P-Valley’ star and his girlfriend, actress Miracle Watts, announced they’re expecting with a bang in a social media video that went viral. The actor also has two kids with his ex-partner who is a talent agent named April King, so this will be his third little one. 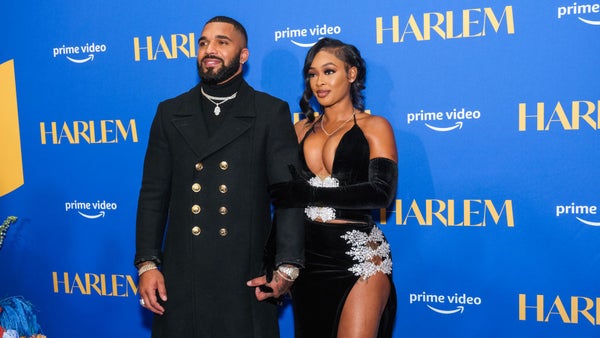 Actor and rapper A$AP Rocky lucked out with one of the hottest women in the game — billionaire entrepreneur and singer Rihanna. When they shared their pregnancy announcement at the start of Black History Month, the internet broke into a praise dance. After gracing us with back-to-back pregnancy couple slay moments, the two welcomed a baby boy in May. 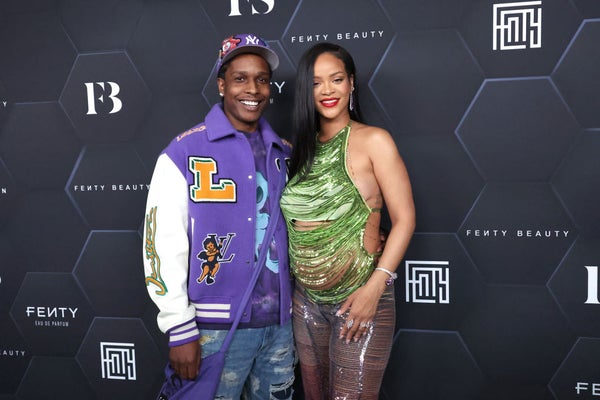 The “Crank That” rapper also known as Big Draco is a first-time dad-to-be. He had a gender reveal with the mother of his child, celebrity hairstylist Jackilyn Martinez. The verdict after popping color-filled balloons was that they’re having a boy and he’s ecstatic about it (to say the least). 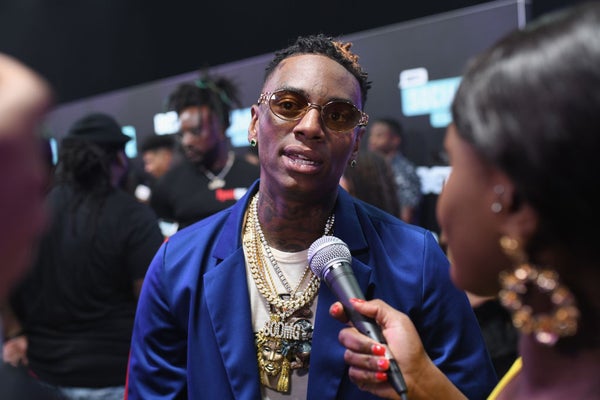 The ‘Hair Love’ creator and Oscar winner is expecting his first child with wife Candice (whom he wed in 2020). They announced the news in June using a clapperboard commonly utilized when making films to share that his biggest project to date was on the way, with Candice as his producer. How clever! 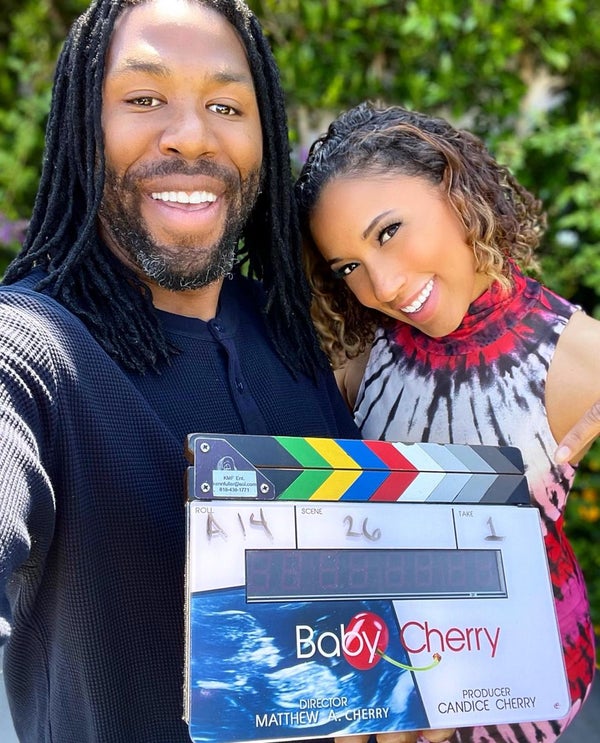 Just over a year after getting married in January 2022, rapper Jeezy, who already has three kids, and former “The Real” co-host Jeannie Mai welcomed a stunning baby girl named Monaco in January. Mai recently introduced Monaco to fans on social media and the video unsurprisingly garnered hundreds of thousands of likes. 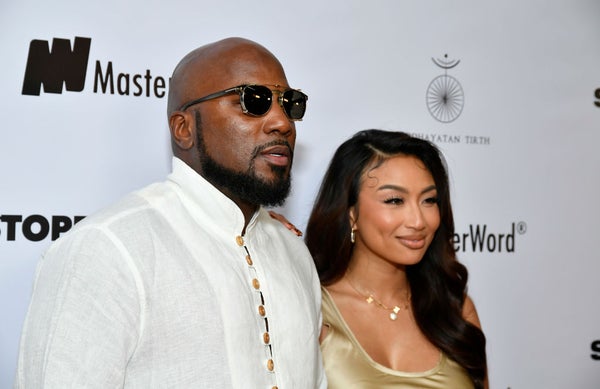 Herbert Randall Wright, also known as G Herbo, isn’t new to the daddy gang. However, his third child is fully baked! She came into the world on May 17 and her name is Emmy Love Wright. He had her with his girlfriend Tiana Williams, the daughter of Emily B, and this is their second child together. They also share a son named Essex William Wright, whom they gave birth to in May 2021. His third child, Yosohn Wright, was born in 2018 and he had him with social media influencer Ariana Fletcher. 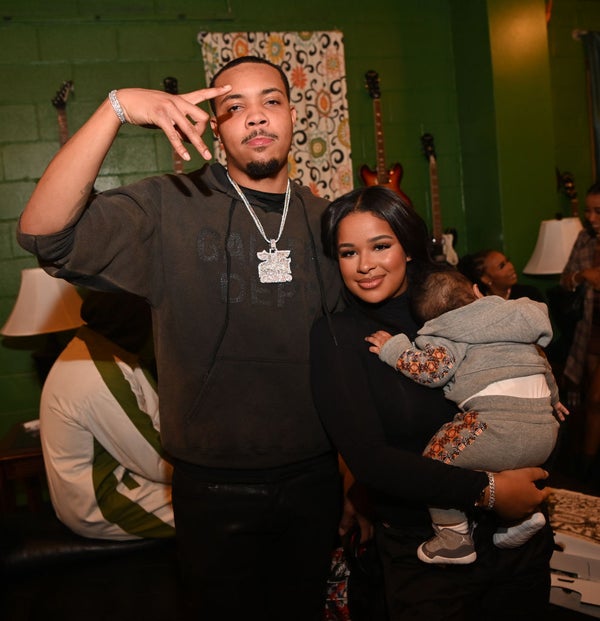 The ESSENCE Road To Festival Tour Is Closing Out In Chicago This Saturday!