Tuesday, marked the fourth hearing from the House select committee charged with investigating the January 6 Capitol riots, and viewers heard testimony from state election officials in Arizona and Georgia.

Below, ESSENCE’s top four takeaways from day four of the hearings:

Trump’s false claims caused many election workers to be targeted with threats and violence.

Former Georgia election worker, Wandrea ArShaye “Shaye” Moss, testified, about the accusations thrust upon her. Moss, who is Black, told the committee, “A lot of threats, wishing death upon me, telling me that I’ll be in jail with my mother… ‘Be glad it’s 2020 and not 1920’…A lot of them [the threats] were racist. A lot of them were just hateful. I felt horrible. I felt like it was all my fault.”

Shaye’s mother, Ruby Freeman was also an election worker. Freeman testified saying, “I’ve always believed that, when God says that he will make your name great. But this is not the way it was supposed to be…I won’t even introduce myself by name anymore.” Freeman shared that she’s nervous to give her name in for food orders and is concerned for all those around her.

One harasser told Moss that she and her mother should “hang for committing treason.”

“I’ve lost my sense of security all because a group of people, starting with No. 45 and his ally Rudy Giuliani, decided to scapegoat me to push their own lies about how the presidential election was stolen.” 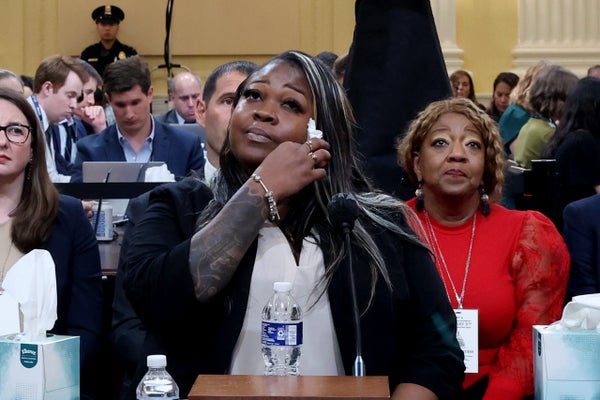 The case for recommending criminal charges against Trump have expanded to conspiracy to defraud.

Ronna McDaniel, chair of the Republican National Committee (RNC) spoke on the RNC’s role and what Trump’s adviser John Eastman wanted from the RNC. McDaniel said that Eastman wanted the RNC to help the Trump campaign gather ‘contingent electors’ in states where Trump was challenging results. Committee members have characterized them as ‘fake’ slates of electors.

McDaniel said, “I think more just helping them reach out and assemble them, but my understanding is the campaign did take the lead and we just were helping them in that role.”

Panel member, Representative Adam Schiff (D-MA) referred to federal judge David Carter, quoting him in that Trump most likely is in violation of a multitude of federal laws, which includes the conspiracy to defraud the United States of America. 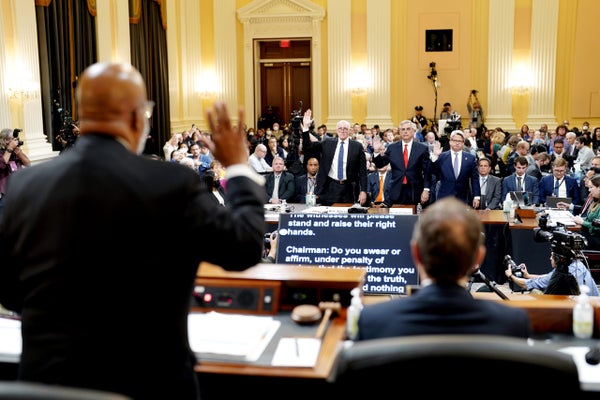 Rusty Bowers refuted Trump’s claims that Bowers had told him he won Arizona and that the election being rigged.

Bowers is the Republican Arizona Speaker of the House. Bowers told the committee, “I did have a conversation with the president. That certainly isn’t it…Anyone, anywhere, anytime who said that I said the election was rigged, that would not be true.”

Bowers said that he told Trump he didn’t want to be used as a pawn and would not break his oath to his duty.

Bowers also talked about a meeting with Phoenix officials, where Rudolph Giuliana, a lawyer for Trump, said “We’ve got lots of theories, we just don’t have the evidence.”

Political analysts argue that because Arizona’s 2020 results were so close, it was the catalyst for Trump to invalidate the 2020 election entirely. Biden took the state by a slim margin of just over 10,000 votes. Historically Arizona has been a red state. In 68 years, before 2020, Arizona had only been blue in 1996, during for Clinton’s second term. Though Bowers claims he didn’t want to be a pawn, he admitted that he would support Donald Trump in 2024. 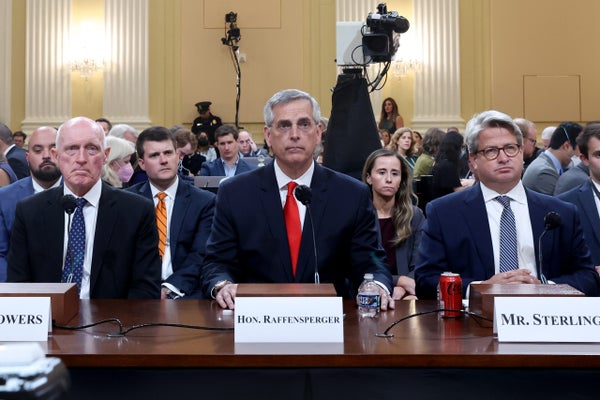 During Tuesday’s hearing’s closing statement, committee vice-chair, Representative Liz Cheney (R-WY), verbally eviscerated allies of former President Donald Trump, who are trying to evade these proceedings. She said, “More than 30 witnesses before this committee…have invoked their Fifth Amendment right against self-incrimination. Others like Steve Bannon and Peter Navarro simply refused to comply with lawful subpoenas, and they have been indicted. Mark Meadows has hidden behind President Trump’s claims of executive privilege and immunity from subpoenas. We’re engaged now in litigation with Mr. Meadows.”

According to MSNBC News John Eastman, one of Trump’s lawyers, Jeffery Clark, a former Justice Department official, and Alex Jones, an alt-right conspiracy theorist radio host, all pleaded the fifth more than 100 times.

“The American people in our hearings have heard from Bill Barr, Jeff Rosen, Richard Donoghue, and many others [who] stood up and did what is right. And they will hear more of that testimony soon” said Rep. Cheney.
“The American people have not yet heard from Mr. Trump’s former White House counsel, Pat Cipollone…Our committee is certain that Donald Trump does not want Mr. Cipollone to testify here…We think the American people deserve to hear from him personally.” 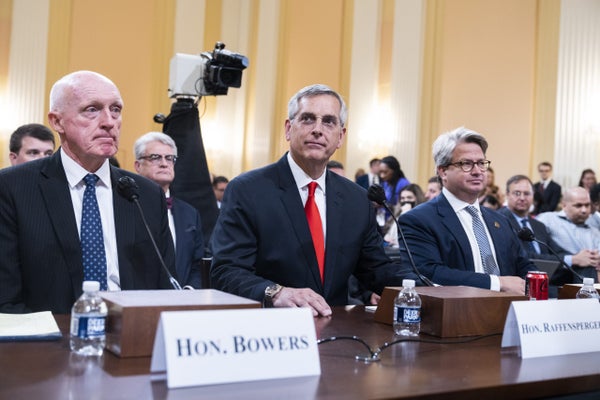 9 Rappers Who've Been Married For More Than 20 Years

Arrested Development? Gen-Zers Are Reportedly Behind In Adulting With Only 3 in 10 Able To Pay Their Bills on Time

Arrested Development? Gen-Zers Are Reportedly Behind In Adulting With Only 3 in 10 Able To Pay Their Bills on Time