Home » When Will Black Reality Stars Get Their Props For Running Pop Culture?
DOD SALE

When Will Black Reality Stars Get Their Props For Running Pop Culture?


If you believe you can scroll down Twitter without coming across a Black reality star’s impact, I wish you, in the words of Tiffany “New York” Pollard, an ounce of luck. Yet when the MTV Movie Awards granted its 2022 Reality Royalty trophy, it went to Bethenny Frankel, not a Black starlet whose fingerprint had been stamped (and re-stamped) on culture.

Frankel’s true first television appearance was in 2005 on Martha Stewart’s season of The Apprentice in 2005. After being fired in the final round, she wound up on Bravo’s The Real Housewives of New York three years later. Her priority was promoting all she knew about the world of food and drink, which culminated with the sale of her premixed drink, the problematic Skinnygirl margarita, for $100M in 2011. She used her screen time to build a brand, but what exactly constitutes reality royalty?

Meanwhile, Linnethia “NeNe” Leakes rose to prominence in 2008 on Bravo’s The Real Housewives of Atlanta. She has one of the show’s more blunt personalities and her biting banter is either why you love her or hate her. She’s appeared on a number of shows and films and even had a stint on Broadway and a clothing line with HSN, but according to Celebrity Net Worth, her net worth is over 5x less than Frankel’s. It seems Leakes has the world’s attention right now, so why doesn’t she, or another Black reality star, have a heavier purse and this most recent accolade?

It’s also not lost on me that Leakes is suing Bravo, Andy Cohen and The Real Housewives of Atlanta, accusing them of racism and a hostile work environment. So not only is it difficult for difficult for Black women to get the credit they deserve, they also allegedly have to endure discrimination while they influence the way we speak, think, and show up for ourselves.

Yes, Frankel is still on television. The first season of her show, The Big Shot with Bethenny (during which, through relentless verbal attacks, she tries to secure her Vice President of Operations for her Skinnygirl company), aired in 2021. It was blasted by critics for leaning into an outdated “girl boss” ethos. It is also unclear if the show will return for another season.

When I consider people who have changed the game, my mind goes to the Black women I see gifs of and references to almost daily.

A few weeks ago, Kandi Burruss’ “Legs, Hips, Body” was inescapable, Leakes is constantly jogging in heels up my timeline and Tiffany Pollard is the undisputed queen of one liners with replay value. The former two, who are currently still on television were not nominated in the MTV Movie Awards’ Best Reality Star category either. Furthermore, Tami Roman was the only Black woman included in the Best Reality Return category, though she’s a veteran of the show type with just under 30 years of television dominance.

In short, impact matters. But to whom?

Below, we rounded up a list of Black women reality stars who deserve more credit for all they’ve brought to culture. Keep scrolling to check it out.

NeNe Leakes has a long resume that includes shows like The Real Housewives of Atlanta, The Celebrity Apprentice 4, and Celebrity Show Off. She’s also starred in her own spin-off series, I Dream of Nene: The Wedding. She has had a number of memorable onscreen moments over the years, like the “I said what I said,” quote, as well as, “Bye wig!” 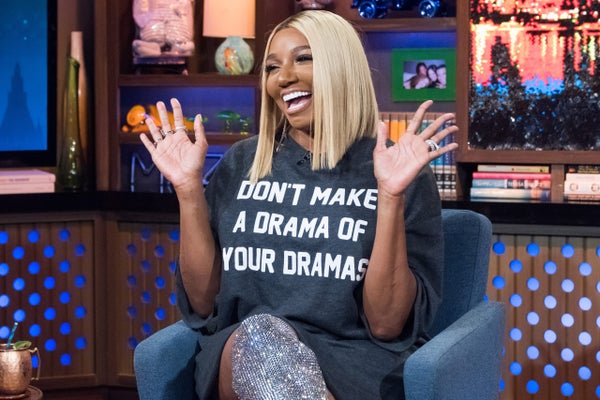 Tiffany “New York” Pollard first hit the small screen in 2006 as a participant on VH1’s Flavor of Love. She then returned for the show’s second season before earning her own spin-off, I Love New York, both in 2007. I Love New York had three seasons. Pollard has also starred on New York Goes to Hollywood,New York Goes to Work and Brunch with Tiffany, the last of which aired in 2020. She is one of the biggest reality stars of all time. 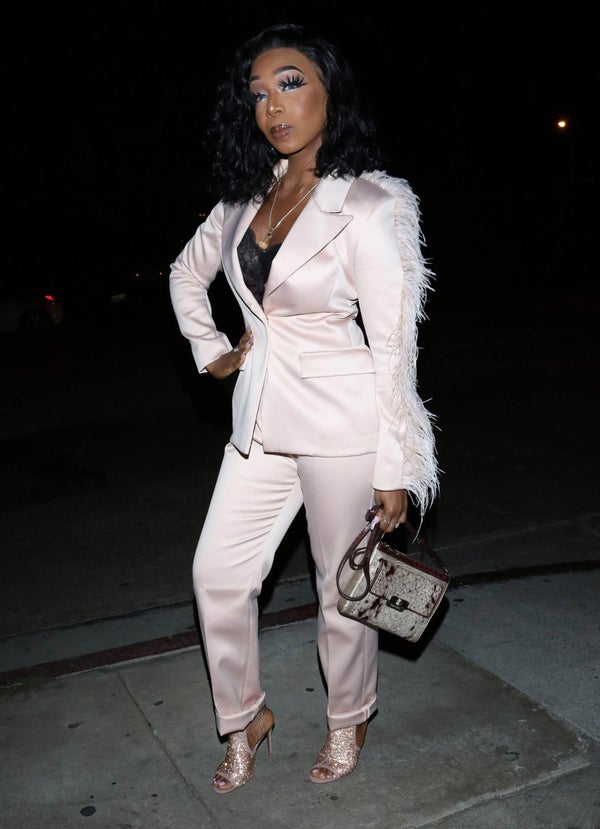 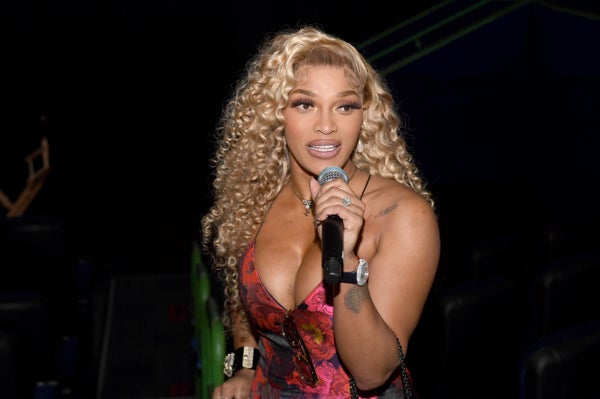 Kenya Moore has a background that includes pageants (in 1993, she was the second Black woman to be crowned Miss USA) and roles in movies and on television, but one of her most famous runs has come from spending a decade on The Real Housewives of Atlanta. She’s “Gone with the Wind fabulous” and a shady queen whose razor sharp comebacks have left many speechless. 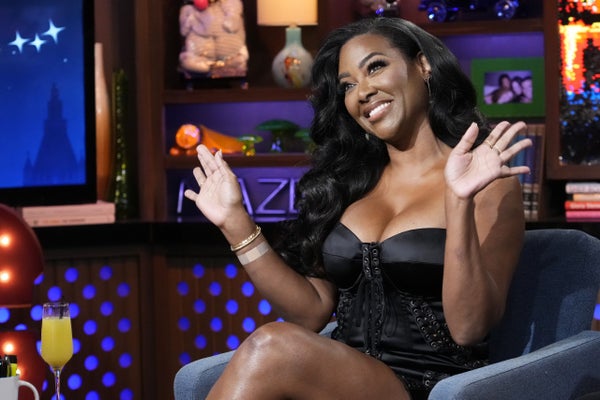 Tami Roman’s reality television legacy can never be touched. She first appeared on the second season of The Real World in 1993, which was a template for shows like Big Brother and The Circle. Roman was also a main character on Basketball Wives, Celebrity Wife Swap, Marriage Boot Camp, and more. Her Instagram series Bonnet Chronicles was picked up by Tidal for 11 episodes in 2018. The Instagram account for the videos has over 2 million followers. 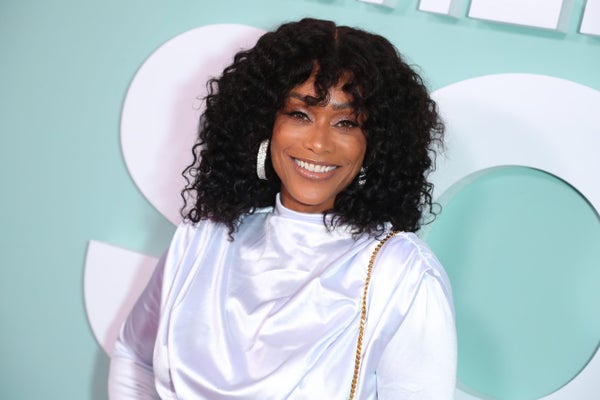 Xscape member Kandi Burruss was the co-writer behind hits like TLC’s “No Scrubs” and Destiny’s Child’s “Bills, Bills, Bills” and people adore her work and her life. From a clip of her saying “The lies! The lies!” to her saucy sip and side-eye, she’s always on our timelines. Burruss has serious longevity too—she’s the longest-serving cast member of The Real Housewives of Atlanta, having appeared on the show from 2009 until now. She’s also been on The Kandi Factory, Kandi’s Wedding, Kandi’s Ski Trip, Celebrity Big Brother, Xscape: Still Kicking It, The Masked Singer and Kandi & The Gang. Talk about an empire! 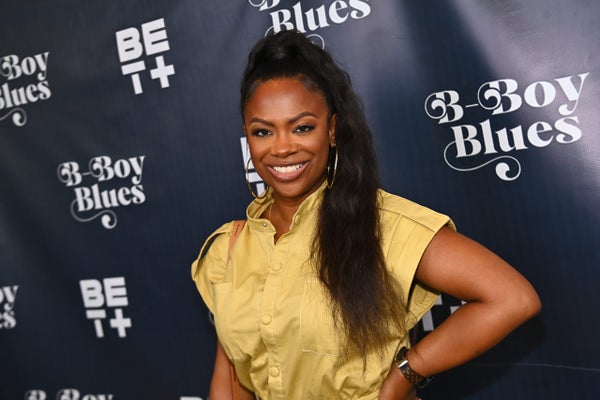 This Summer, the Perfect Platinum Pixie Is The Style You Want!

The Most Iconic And Surprising Celebrity Pregnancy Announcements

These Are The Best Credit Cards For The Holiday Shopping Season

The Most Iconic And Surprising Celebrity Pregnancy Announcements

These Are The Best Credit Cards For The Holiday Shopping Season